Two sides of the story: the aviation industry

The aviation industry is facing stormy weather and yes, it's again a result of the corona virus. Fewer people are able or allowed to fly; taking holidays is only possible to a limited degree and on strict conditions (as well as at people's own risk), and business flights will not be happening anytime soon. The impact? Job losses, a call for staff to sacrifice wages up to 60%, support packages being put together, and so on. There are even some companies that have indicated they will not be flying again in 2020 -  e.g. Norwegian. Delta, a US company, has announced that its turnover for the current quarter might be down as much as 90%. A 50% fall in the stock price since March just underlines this problem. The airline sector might lose out on EUR 290 billion of turnover this year.

To summarise, the industry is in pain and searching for solutions. But what I'm interested in is whether it might be of any interest to move ahead with sustainability efforts right now and in the months to come.

The aviation industry is very capital-intensive: aircrafts have to be bought and that investment has to be earned back. Ticket prices will have to recoup not just these investments but also the costs for personnel, fuel, maintenance and so on. Also, there is still a lot of competition in Europe, with a large number of "budget airlines" that are increasingly eating into the margins of the other airlines.

What all this means is that investing in fleet sustainability is hard to justify in the short term. The old fleet will first of all have to serve out its economic lifespan and also the alternatives such as electric flight still need a lot of development. 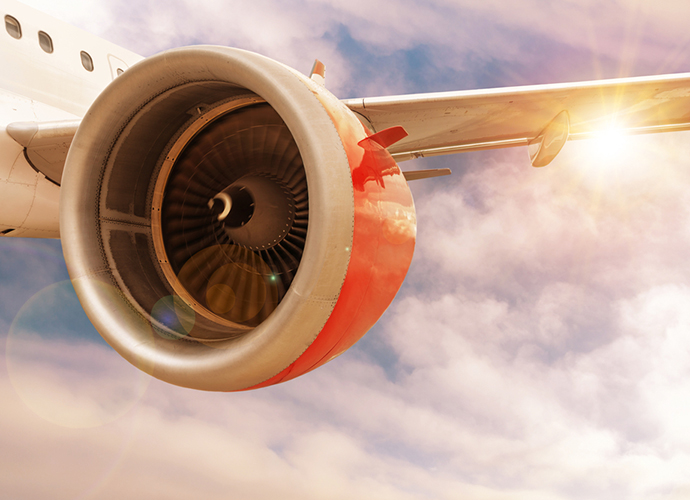 But, if there's less flying over the next few months and if this runs on into years, would that not be the ideal chance to encourage the use of bio-fuels? KLM, for instance, already uses bio-fuels, but there is not enough available. Research indicates that we should be happy if we can replace just 9% of jet fuel with bio-fuel by 2030 (the maximum achievable in Europe). This would reduce the total CO2 emissions from aviation by around an estimated 4% to 6%. A global reduction between 7% and 30% might be achieved by 2050. Also, bio-fuel is a significantly more expensive alternative to "ordinary" jet fuel, being often two or three times more costly.

Assuming a period when we'll be flying less because of corona virus, prices are expected to rise (so as to cover repayments of the fixed costs). If that happens, the lack of supply may well turn out to be less of a problem than the costs of bio-fuel, which might be a barrier to wide-scale implementation.

So, here's my question for you, Ruud: if the support packages that are being rolled out to limit the economic impact of corona virus were to  include, for instance, a grant for aviation to use bio-fuels, would that be a positive move? I'm thinking mainly here that there would still be CO2 and other greenhouse gas emissions. Or can you see other developments that might have a better chance of success? For instance, is tree planting to offset CO2  emissions enough on its own?

While airlines are focussing their attention on surviving the greatest crisis ever face, we're increasingly hearing the question being asked: is this a turning point in our readiness to address the issue of climate change? One complicating factor in answering this question is how aviation can become CO2 neutral. So there's no straightforward answer to your question whether bio-fuels and/or tree planting might be enough.

By 2070, the Dutch aviation sector will no longer be allowed to emit greenhouse gases. CO2 emissions are supposed to be cut in half by 2050, compared to 2005. And operations on the ground at airports are supposed to be climate neutral inside ten years. This ambition is set out in the draft 2020-2050 aviation memo issued by the Minister for Infrastructure and Water Management.

Greenpeace recently ran a campaign on the main runway at Schiphol, with a banner: “Geen poen zonder groen!” [No greenbacks without greening]. Greenpeace wants climate conditions to be attached to the state support for KLM. This call is supported by Transport & Environment (T&E), based in Brussels, which argues that any state support for airlines "should only be approved if nations ensure that they'll subsequently be paying taxes". This would also cover tax on aircraft fuel, for which airlines are currently exempt from taxes.

The call for flight taxes is nothing new. The government is getting involved in European arrangements on aviation taxes, bearing in mind the specified climate targets, and towards creating a level playing field. While the industry regards these plans as being revolutionary, the big question remains whether a tax will in fact lead to fewer flights as long as other forms of transport do not offer attractive alternatives. 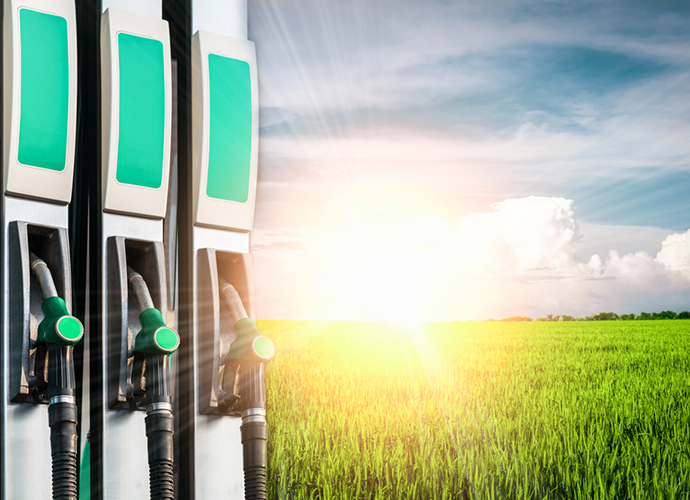 A study conducted by research and consultancy organisation CE Delft also shows that the impact of flight taxes would be relatively minor. This is because it's a relatively low tax and because the restrictions on capacity are tightening up, which means that a flight tax would not result in fewer flights but in movements between travel sectors (passengers/freight, O-D/transfer and European/intercontinental destinations). The impacts of flight taxes on CO2 emissions would therefore be minor.

At first glance, therefore, encouraging the use of bio-fuel would seem a better alternative. If sustainable fuel was used on a large scale, KLM argues that the CO2 savings could run to 80%. Obtaining enough bio-fuel at an attractive enough price is a challenge, however. The production of bio-fuel is competing with food production for agricultural land, which is becoming ever scarcer due to urban sprawl and climate change. To illustrate this point, it would need around four times the amount of agricultural land available in the Netherlands to provide bio-fuel for every flight out of Schiphol.

You say that planting trees might be an alternative. Last year, EasyJet announced that it would start offsetting CO2 emissions from jet fuel by investing in schemes such as forestry. A commendable development, but the lack of land for planting new forests here too is a bottleneck that is hindering the move towards CO2 neutrality.

I believe there is no simple answer, therefore, to the question of what contribution the aviation industry can make towards achieving the Paris Climate Accord targets. We need a complete package of initiatives to ensure that we use aircraft less often, that flying becomes inherently more sustainable and that any remaining emissions are fully offset. Only then will we be able to conclude whether the corona virus has indeed been the right impetus in the proper direction on the journey towards cleaner aviation.