Two sides of the story: SPACs

There has been a lot of talk, lately, about this phenomenon: a company without sales, profit or a product but with a mandate to look for another company to acquire. These kinds of companies are known as SPACs (Special Purpose Acquisition Companies). They are companies that raise funds by listing on the stock market which are then used to acquire a private company, usually within 24 months of the listing. While only 20 of these kinds of companies were listed in 2015 and €3.2 billion was raised, that number rose sharply to 248 in 2020 with approximately €68.5 billion being raised. They are mostly a US phenomenon, but they are gaining traction in the EU. It seems as if Amsterdam may become a key player in this regard. The Financial Times suggested as much with the following headline: “European bankers set sights on Amsterdam as regional SPAC capital”. Apparently, this is due to the flexible regulations and Amsterdam’s current role in the trade of shares and derivatives following Brexit. The fact that Bernard Arnault (LVHM’s founder and the fourth richest man in the world) is going to list a SPAC on the Amsterdam stock exchange is a good example of this.

There are several reasons for the rise of the SPAC. It is less expensive and quicker than listing a private company. This is due to the fact that the analysis of the books is fairly limited when it comes to listing a SPAC: it doesn’t have any sales, profit or assets. The due diligence on the company to be acquired will take time, but this can be carried out without the involvement of expensive bankers or analysists. SPACs are also becoming more interesting to hedge funds. Because everyone can buy a share on the stock exchange, hedge funds are less dependent on institutional investors with their deep pockets who have to contribute large sums of moneys. The pool of interested parties is therefore far bigger. Investors also have the option of investing in a SPAC in the form of warrants. These are a type of option by which investors can pay a fixed price for a number of shares upon the acquisition of a private company. As a result, investors can profit more when the share price increases after the acquisition. If no company is acquired, the investors simply get their money back. The parties taking a SPAC to the stock exchange also make money and will often receive 10 to 20 per cent of the shares issued at a favourable price. 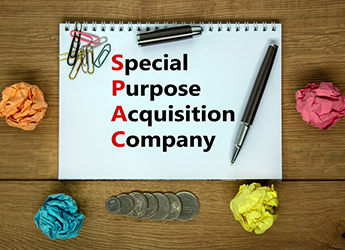 In other words: SPACs do provide investors with good opportunities if the acquisition is successful. An example is Nikola, an American company, which is to become a counterpart to Tesla. It was listed after being taken over last year and last June would have generated returns of 670%. Since then, the share price has come down considerably, but it would still generate returns of over 100%.

If you lump all SPACs together, the view is less rosy though. Several studies have shown that, on average, SPACs take a considerable hit in value after a take-over. If you look at the returns following the acquisition, you see that SPACs incur losses of between 15 and 30 per cent. Average returns for SPACs that have launched since 2015 and completed an acquisition are minus 18.8%. If you then realise that returns on a SPAC will be slightly negative in the first two years (since the party analysing and effectuating the acquisition will charge costs) and you then add to that the negative returns, while markets have only gone up in the past few years, it is quite a bitter pill to swallow. SPACs will also probably occur more often in the portfolio of private investors than in those of institutional parties, simply because analyses of SPACs are confined to having confidence in the management: do you or don’t you?

I do wonder, though, how this is being viewed from a sustainability point of view. Is there anything that stands out in terms of reporting and obligations and how is the generous remuneration of the founders of such a SPAC being viewed.

When companies are acquired by a SPAC and listed, they are not subjected to the same audits as a regular IPO. The fact is that during a regular IPO, investors are given far more insight into a company’s financial position. Critics say that, due to the lack of a prospectus, investors in a SPAC are potentially running a lot of risks without the company being transparent about this.

One of the most written about examples is Nikola Motors, the company that you mentioned as well. The manufacturer of electric lorries merged with a listed SPAC last year, supported by major international investors. Shortly after the IPO, the share price collapsed following rumours of fraud. This was partly due to a video which showed an apparently functioning electric lorry which, in reality, had been pushed down a hill.

There is, however, also a dissenting view that stresses the positive impact of SPACs. Unlike a traditional IPO in which companies have to offer their listings based exclusively on their current financial data, a SPAC can rely on future projections of sales and profit. This is especially relevant for companies that focus on technological developments, e.g. in the field of sustainability. Although ever more “traditional” capital is being allocated to sustainable technologies, SPACs can meet a capital need to scale up sustainable technologies and thus contribute to the transition to a cleaner world.

ESG Core Investments’ IPO in Amsterdam on 12 February 2021 is a good example. ESG Core was taken to Damrak (Amsterdam) by Infestos, a green investment fund. The IPO generated €250 million
and must lead to the take-over of a European company with a green profile within the next two years. ESG Core’s prospectus describes several areas in which possible acquisitions will be made, e.g. energy transition and water purification. 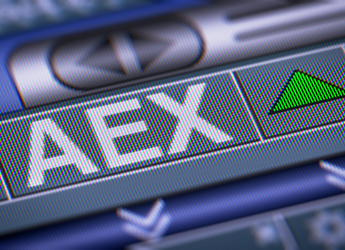 Apart from ESG Core, there are other SPACs that focus exclusively on green technologies. Manufacturers of electric vehicles and related products, such as Nikola Motors, are popular investment categories in that regard. It is, however, too soon to actually measure the impact of SPACs on the success of these companies.

SPACs are not a panacea or the only funding method for stimulating sustainability. Given the huge challenge of transitioning to a more sustainable world, it is actually important to grab any opportunity to scale up green technologies. SPACs are an innovative way to achieve these goals, provided companies offer sufficient transparency and take account of several aspects of sustainability in their internal business operations.

The latter is not a given for companies targeting green technologies, as Tesla has shown over and over in the past few years with controversies about governance and in the supply chain. It is therefore important for investors to ask themselves not only how SPACs can capitalise on green opportunities, but also whether they are accurately mapping the risks. This goes for both the internal business operations of a SPAC, e.g. the remuneration policy, but also for envisaged acquisitions.