On 15 November last, Royal Dutch Shell’s Board of Directors announced a proposal to simplify the company's share structure. The proposal, which was submitted to shareholders on 10 December, also provides for Shell moving its tax domicile to the UK. The chair of Shell's Board of Directors says that the proposed change could increase the company's ability to accelerate the transition to a global low carbon energy system. However, the question is whether the proposal will actually help Shell to "play a leading part in the energy transition" or whether this might just be a smart move to generate support for the proposal?

There has long been a desire to simplify Shell’s share structure, but the announcement was still a surprise. According to Shell itself, the simplification will make it easier to attract capital and effect takeovers. Shell claims that this simplified structure is intended to boost its competitiveness and accelerate its strategy to become a net zero emissions company. It has set itself the target of becoming a net zero emissions producer by 2050, but the current plans do not seem to make provision for this.
According to a study by Global Climate Insights (GCI), Shell's emissions will actually be up by 4.4% in 2030 compared to 2019, based on current plans. Earlier this year, Shell's accountants, EY, also raised questions about the mismatch between the stated targets and the company’s plans for exploiting and selling oil and – specifically – gas. The District Court of The Hague also held earlier this year that Shell is obliged to drastically reduce the CO2 emissions it is causing, and to do so soon.


In response to the report, Shell said that it had always maintained that the company's current plans would not take it to net zero. "New plans will have to be made soon", it said. While the shape of the future energy transition is not yet carved in stone, this attitude raises doubts about Shell's stated targets, including its reasoning that the proposed simplification of its structure will help to attract more capital for investment in sustainable energy. 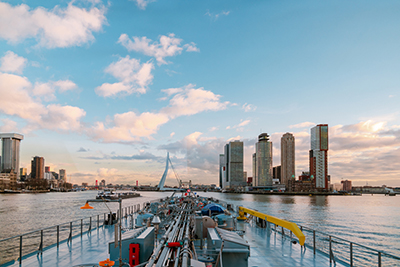 This is because one of Shell’s arguments for changing its tax domicile is that it will be able to create a green hydrogen hub in the port of Rotterdam. It is not clear how the present structure, divided between two countries, is getting in the way of investments like this. Added to that, the other consequences of the proposal, such as the potential exit penalty hanging over the company's head and the increased risk of an uncontrolled schism within the company, as mentioned recently by the activist investor Third Point, are all far more in evidence.

Briefly, if Shell fails to provide greater clarity about how the proposal contributes towards the energy transition, then the possibility still remains that the publicity surrounding the proposal is the purest form of greenwashing. But leaving aside the ethical aspect, I'm curious about shareholders' reactions to the proposal from a financial perspective. How would you have voted if ACTIAM hadn't already excluded Shell?

Shell's move shouldn't come as any great surprise (at least as regards tax considerations): it has often been talked about, and the government even considered scrapping dividend tax back in 2017/18 in order to retain the large multinationals. So Shell is following in the footsteps of Reed Elsevier (Relx) and Unilever.

It is not very likely that the main reason for this decision was Shell’s intention to suddenly change its operations with a view to the energy transition. The fact is that the returns on sustainable projects will have to be as profitable as they are now, or in any case equivalent to its internal return targets.

The foremost reason is probably that the dual structure has made it difficult for Shell to repay capital to the shareholders. This is partly because the investment possibilities for growth are limited in the oil and gas sector, so that returns for shareholders have to be generated mainly from dividends or buying back shares instead of from growth in the existing operations. Dutch dividend tax means that it costs Shell more to buy back Dutch shares, because such transactions are taxed in the Netherlands, but not in the UK.

With a dual structure, Shell was therefore better off buying back the British shares. The problem with this is that there is a limit on the repurchase of a company's own shares, which depends on the volumes of the share being traded. The new structure means that more UK shares will be traded, meaning that more can be repurchased. Given the fact that Shell was already prepared to buy back US $2 billion of shares but also to distribute US $7 billion to shareholders from the return on its sale of shale oil fields, this will be easier under the intended new structure.

Also, Shell has discovered that this structure, as well as government policy, mean that takeovers or demergers of parts of the company often entail additional complications (with dividend tax again being a factor). When it took over the BG group, Shell first had to negotiate with the Dutch government to see how the takeover would fit within its current structure. This will be unnecessary with a simpler structure, potentially making takeovers of sustainable businesses easier as well. As regards demergers, dividend tax raises its head again for the Dutch shares, given that they are often tied in with a distribution to the existing shareholders. In addition, if Shell wants to issue extra shares in order to generate cash for a takeover, this might be easier once it leaves the Netherlands.

The obvious question then is why Shell would want to stay in the Netherlands at all in the face of all these complications? As well as the tax structure issue, you can add in the problems in Groningen and also that court case about Shell's sustainability policy. 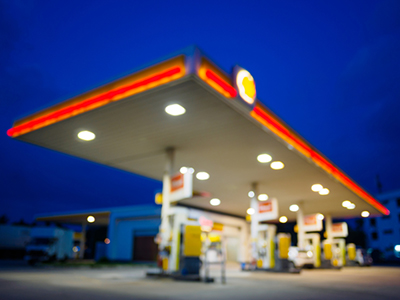 The investors with Shell in their portfolio will not be expecting any outstanding future growth at Shell as a technology company, given the energy transition and trends in the oil sector. They will therefore demand that the money they earn be paid to the shareholders in the form of dividends or share buy-backs. Or, to look at it another way, if there is a structure that makes it easier for Shell to accomplish this, it is in effect a "no-brainer". Any added value created by the dual structure or a structure in the Netherlands does not look particularly attractive from a financial perspective. So if we had Shell in our portfolio, I would certainly have been voting for the proposal, just on the basis of the returns. As regards the impact on the Dutch economy, we will just have to wait and see. In any event, the treasury will be losing out on quite a lot of the dividend tax it has been collecting.