The FD ran this headline a few weeks ago: "New investors are young daredevils: I was just having a gamble". The article discussed the new investor who had just started investing, partly due to the corona crisis. This seems to be a global phenomenon and we might mention the USA as a magnified example. The Robinhood app has been a real hit over there: 3 million new investors joined up to this trading platform in the first quarter of 2020.

Many of these new investors assume that when a stock trades at the bottom price, things can't or won't get any worse than now and that the share price can do nothing but increase. Instead of an individual investor tucking away his savings in this way, millions of new investors are doing it. You can also see the impact of this on the share prices of hard-hit businesses. The car rental firm Hertz, suffering badly in the corona crisis, is one example of this. In June, the share price jumped around 670%, from 73 cents to €4.90, in just three days! This was a blind bet on whether or not things would turn out well for the company. The fact is that the share price went on to drop by around 70% in just under 2 weeks.

The almost irrational behavior of these investors is difficult to interpret, also by professional investors. But the prospect of returns above 100% in less than a year is not what you see too often if you're investing in an index fund or a broad equity portfolio. So it's easy to understand the allure of these platforms.

Underpinning the trend and the ease of investment for these new investors is the huge drop in costs for share trading, or even the lack of any costs at all. It used to be a costly affair for individual investors to have to buy and sell shares every single day, so that an inclination to keep a share in your portfolio was rewarded simply because you didn't buy and sell them. If you're entering the market now, however, this barrier simply doesn't exist or it's been cut down dramatically, due to a different earnings model for the trading platforms. 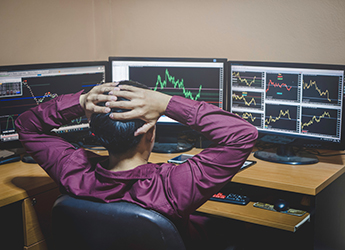 Cash that's held is normally invested in low-risk securities with a slightly larger return. This is one of the most important sources of income. But something new has now appeared on the scene. Stock exchange traders are getting inflows driven by new investors and they are executing them with no commission, and even paying a fee for getting hold of these funds (PFOF). But of course these smart dealers aren't doing this for nothing: they're playing the part of counterparties for the investors in the trading platforms, so they're selling on buy orders and buying on sell orders. They then go to the market and pick up the "spread" (the difference between buying and selling prices).

This phenomenon is extremely interesting and I wonder how long it will keep on going? Making money quickly of course entails a risk of losing it just as quickly. But things seem to be working relatively well for the time being; with a few exceptions (wirecard), lots of the hard-pressed businesses have climbed back from their low points.

But I wonder what you make of this, Ruud; the short-term thinking, investments in hard-pressed companies (what's the position, for instance with Shell or shale gas companies and these new investors?) but also the mechanism that allows trading costs to be kept so low?

Since it was set up in 2013, Robinhood has gained a really strong foothold with 6 million – mostly young – investors who have joined the platform in the USA. The business takes its name from the legendary English folk hero Robin Hood and argues that it wants to "democratise" financial services. However, the fact that it has fitted out its offices with bullet-proof glass confirms that it is just a bit controversial, like its namesake.

Robinhood has been under severe pressure in the USA since Alex Kearns, a 20 year old student, committed suicide last month. His suicide note indicated that Kearns was convinced he had lost $730,000 by using the app. This staggering figure may well have looked like a loss but was in fact a temporary position in an option (a financial instrument that he didn't properly understand). His account actually had $16,000 in credit.

The tragedy led to a wave of criticism, with politicians demanding that the company had to do more to protect vulnerable youngsters. "If an investor can't understand, in plain English, what he's signing up for, then something's got to change", said Sean Casten, a Democrat member of Congress for Kearns' home state of Illinois, in an open letter to the company.

In response to Kearns' death, Robinhood promised to assess whether customers are eligible to trade more complex instruments and to make it clearer to customers what and how much they were trading. Robinhood has also postponed its launch in the UK indefinitely, despite 250,000 UK citizens having already signed up for the platform.

The measures, however, oppose the earnings model of trading platforms like Robinhood. 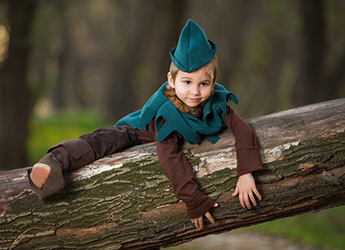 As you say, this earnings model is based on selling orders to stock exchange traders (PFOF). This is a controversial model, because it can be difficult for small-scale investors to know whether they're getting a good price for the assets they're selling and buying. Even more problematic is that it's an incentive for these platforms to generate as many transactions as they can.

When they open up the Robinhood app, customers are greeted with a plethora of eye-watering information: showers of confetti to celebrate transactions and a list of popular stocks to trade. Instead of instructing users about pursuing a coherent strategy, the app therefore pushes riskier options, such as individual stocks, crypto currencies and even the trade in loans and options.

These investors, who are new to trading platforms, are inclined to take major risks, for instance with a full focus on businesses that have lost a lot of their value during the Covid-19 crisis. Remarkably enough, some badly polluting sectors, such as aviation and shale gas, have proven to be popular shares for investors making a fast buck. This is the complete antithesis of the trend among millennials – the largest group of Robinhood users – to have sustainability at the heart of their investments.

This does not mean, per se, that Robinhood cannot act the part of folk hero and "democratise" financial services. It does offer small-scale investors an attractive opportunity for investing their savings, since interest rates are now so diabolically low. But the big question is how trading platforms are going to take the responsibility for supporting investors to make properly thought-out financial choices?