Two sides of the story: gold

Mankind has coveted gold for thousands of years. From the Incas in South America to the Egyptians who, even before they had their own script, worked the metal for their kings. The precious metal’s appeal hasn’t really changed over time. Gold is still being used around the globe for jewellery, and with a growing middle class in emerging countries such as China and India (where gold jewellery remains widely used for dowries) it is unlikely that the demand for the precious metal will slacken.

Gold is also often used in electronics: it’s needed in smartphones for instance. Admittedly, only in small amounts, but the interest for “smart” electronics makes it unlikely that the demand for gold will decline. In the short term, however, investors will have the biggest impact on the price of gold.

This year, it’s better to invest in gold than in shares. The gold price has risen 20% since the beginning of this year, and world share prices (MSCI World) fell by 3.5%. This is because investors see gold as a relatively inflation-proof “safe haven”, given its scarcity. Also, falling or rising currencies don’t have much impact on it. Listed gold miners benefit from the revival too; the index for these companies (NYSE Arca Gold Miners Index) has risen a full 31.5% this year.

Investments in Barrick Gold, which is included in this index, have shown returns of approximately 50% this year alone. 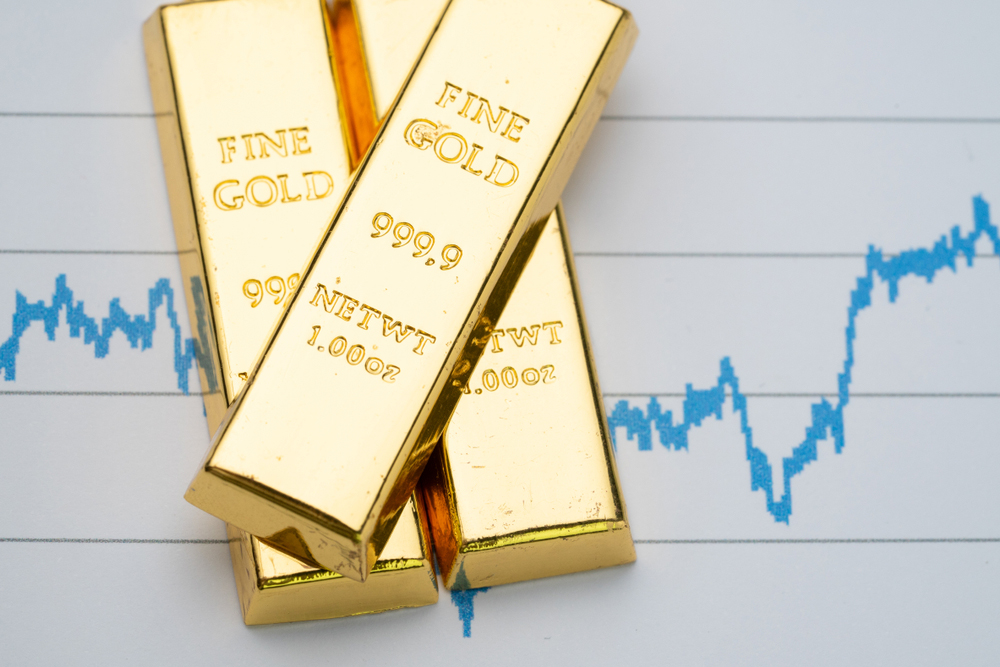 Investments in gold and gold mines naturally attracts a fair amount of criticism; in the past Warren Buffet, for example, criticized gold as having no utility and that it’s an unproductive precious metal. In other words: it doesn’t yield interest or dividends and your return would have to come from price increases. When comparing long-term returns, shares outperform gold, but only over a 50-year period. If we look at returns since the credit crunch, gold has outperformed the worldwide index (9.24% annually for gold versus 7.22% for shares). Gold mine companies performed significantly worse during that period, yielding a mere 2.5% annually. You would have to have had nerves of steel during that period, as shares showed a steady increase while gold fell by more than 50% from the first peak in 2012 (and it wasn’t until August 2019 that it returned to that level). The stock market almost doubled during that same period. Gold mine companies only slightly outperformed the gold price during that time.

In the meantime, responsible investments have gained popularity and I wonder if that means that investments in gold and gold mine companies are viewed in a certain light. Are these companies included in sustainable funds, for example, and what is the general view on using gold in smartphones and, by extension, the companies that manufacture them? When I think of gold mines, I also envision big diesel-guzzling tipping trailers, or is there such a thing as “green” gold mines now?

In short: I wonder how gold and gold mine companies are viewed from a sustainability perspective. I’m curious to hear what you think!

Although gold has reacquired its shine among investors on the prowl for safe assets, it remains a dilemma when considered in the context of sustainability. As with companies that use fossil fuels, the general view is that a gold rush gives little thought to the social impact. Points of concern include the health and safety risks for employees and the negative external impact on the environment.

At least, this is a generally accepted view. An article published by VanEck, an investment company, offers a different perspective, however. “Over the years, the gold industry has learned the hard way that shareholders are not the only stakeholders that should profit from a gold mine", writes Joe Foster, portfolio manager and strategist. But shareholders are becoming increasingly critical of the impact of mining too, as is shown by, among other things, the Dutch investors’ initiative – under the banner of the Association of Investors for Sustainable Development (VBDO) – to tackle mining companies on their water use.

Foster is unhappy about the fact that the image of gold extraction is strongly influenced by stories about artisanal or small-scale mining. A growing problem in many regions, such as Africa and South America, is that such activities are usually illegal, resulting in poor working conditions and environmental pollution. This usually gives rise to damages claims amounting to millions of dollars per company. According to Foster, however, modern commercial gold extraction has nothing to do with those types of activities and suggests that gold miners that operate in distant corners of the world actually have a positive impact. They bring employment and better infrastructure, healthcare and education to the communities where they operate.

Nonetheless, even professional gold mining companies have to deal with myriad controversies surrounding their mines. One of the key problems of gold extraction is its extreme water use. Estimates show that the annual water used by gold mines around the globe could fill nearly half a million Olympic swimming pools. Gold mines compete with local agriculture for the already scarcely available water. The US mining company Newmont, for instance, was again forced to postpone a major project in the north of Peru last year, due to concerns about the risk of water scarcity in the surrounding area. Another problem is water and soil contamination due to the large amounts of residues containing heavy metals and chemicals, such as cyanide, which are then discharged into rivers and lakes.

Despite the steps that are being taken to introduce mining standards, it remains to be seen if sustainable gold mining is actually feasible. The IUCN, an organisation for conservation of nature, therefore argues that only responsible mining is possible; it will never be sustainable. But it may be more important to ask ourselves: do we as a society even need this amount of gold?

As you say, only a small part of the annual demand for gold (approximately 10%) is designated for industrial use, such as in phones but also for nuclear medicine. Investors in gold therefore compete directly with the industrial sector for the acquisition of this commodity. The rising demand for gold means that the cost price of gold as a commodity for applications, such as its use in cancer treatment, is increasing. A parallel can be drawn with investors taking refuge in food commodities during the financial crisis in 2008, resulting in price increases for grain, corn, sugar and cocoa.

Although I realise that gold remains the foundation of our financial system, investors should be mindful of the effects of both its extraction and its use as a commodity. Given this impact, it does not seem like such a safe investment after all. Not for our society, at least!