Two sides of the story: chips

It has been in the news a lot in recent months: there is a shortage of chips. And, you guessed it right, it’s partly thanks to corona. The lockdown measures imposed forced companies to encourage working from home, which created a huge demand for the right electronics. In addition, people could not leave the house for entertainment, so the demand for tablets, gaming consoles and other electronics also picked up. On the other hand, the demand for cars fell slightly, and so did the demand from car manufacturers for chips that drive car electronics. On the back of this, chip companies shifted their focus to the increased demand for chips in consumer electronics. The wrangling in the chip manufacturers’ supply chain in the wake of corona, which added to this, created a so-called perfect storm.

In the meantime, the demand for chips has not lessened; in fact, it has only increased. Once the heaviest lockdown measures were finally lifted, the demand for new cars proved to be (surprisingly) high and production had to be restored to full capacity to meet demand. Given that cars these days are smarter, they need more, not fewer, chips. So there is clearly a chip shortage; several players have indicated that this is undoubtedly set to continue until at least 2022 or 2023.

The impact of the chip shortage has been felt in different ways. For instance, the financial damage to the global automotive sector is now estimated at €90 billion. This is because factories have to be shut down or production cut back because there are simply not enough chips to make cars (worldwide, this could be as many as 3.9 million fewer cars).

What’s more, car manufacturers like General Motors have had to scale back the fuel efficiency of some new cars, because it is normally controlled by the chips that are currently hard to come by. Nissan is cutting out navigation systems due to the same lack of chips. Shares in the automotive sector have done well recently compared to the wider market (60%). That said, the upward trend is not being sustained, and this is partly due to the chip shortage. Based on forecasts regarding the chip shortage, this is not set to change in the short term either. After all, if fewer chips are made, fewer can be sold and it will be difficult to achieve the intended revenue growth.

The new Microsoft and Sony game consoles are also suffering from the chip shortage, and so these companies are also failing to meet demand. That said, a genuine price impact on these companies' share prices (or at least the direct link to the shortage) is not evident. Fortunately, chip companies now facing the shortage are not sitting idly by. One of the world’s largest chip manufacturers, Taiwan Semiconductor Manufacturing Company (TSMC), has indicated that it intends to invest $100 billion in new production lines. However, due to the complexity of the situation, it will also take some time before they are operating at full capacity.

This has certainly not had an adverse effect on the returns enjoyed by the chip companies: over the last eighteen months, they have been 43% higher than the global market as a whole. And over the last two and a half years, they have seen returns of no less than 100% above the market return. This is not exactly surprising given that all electronics also require more chips thanks to the Internet of Things, or because we now have smart fridges, for instance. In no way has that been a poor investment and, for the long term too, we as portfolio managers are positive about the prospects of the chip sector. It has not been a bad thing for the Dutch stock market index, the AEX, either; for ASML, more than 16% of the index’s weight is linked to chips. 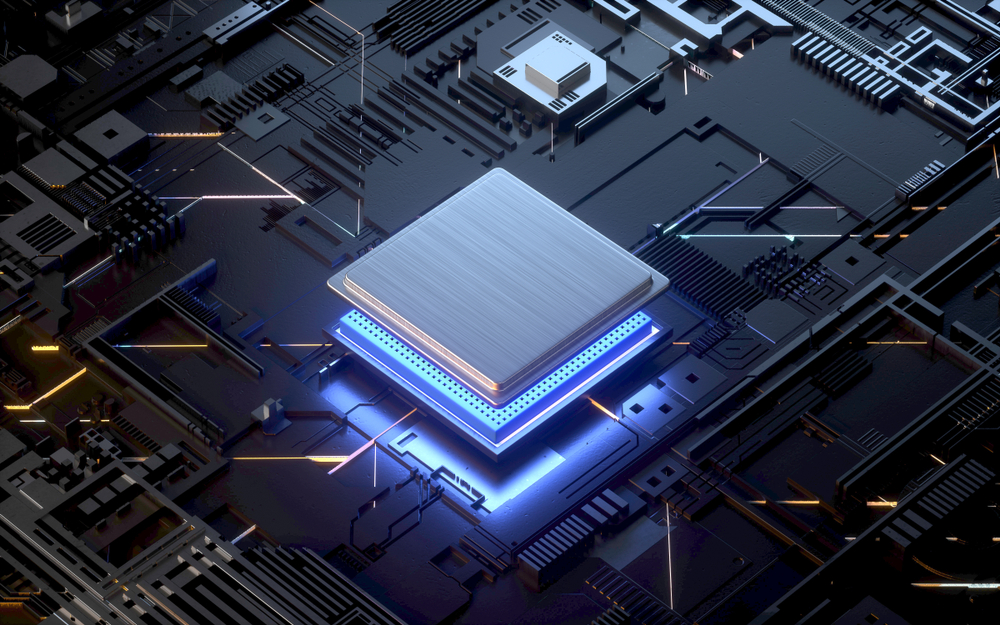 It is easy to draw the conclusion that ASML is a major contributor to the positive returns, particularly given the fact that ASML has outperformed the index (of which it is a part) by 90%.

The chip industry will not outgrow itself in the coming years. Among other things, this is due to the growth of the Internet of Things, referred to above, but also to smart cars. Here I have in mind Tesla’s self-driving cars and the further electrification that other vehicle manufacturers, like Volkswagen, are undertaking. Moreover, vehicle manufacturers and other sectors that will feel the impact are still waiting for the chip manufacturers to increase their capacity. The predictions are that that should happen in or after 2022. And even though it is not a reason for investors to underweight the automotive sector, these companies should take action, particularly when it comes to developing new products. Scarcity will have to be taken into account but will not stand in the way of new products and services being developed, or indeed going for the ‘simple’ option of producing products that are not as smart. Investors are keeping a close eye on the shortages and other developments; any breaking news will immediately have had a visible impact on the share prices.

The fact that computer chips can make cars more economical, and perhaps electronics too, is I think, important. That said, are there other aspects of the production processes or the use of the chips that might have a negative impact? And what can be said about the sustainability risks these companies face? In view of the shortages, could these risks become material and lead to history repeating itself?

The increased demand, as you point out, is a major driver in the current shortage of chips and is sometimes referred to as ‘chipageddon’. The shortage was also temporarily exacerbated by the blockage of the Suez Canal at the end of March, which led to a major shipping route used for the transport of chips being blocked. However, like the blockage, the shortage is not a temporary problem that will resolve itself as we approach the post-corona era.

The global supply of chips has taken a hammering from a string of natural disasters. Bad weather in Texas earlier this year forced Samsung to temporarily close two of its chip factories in Austin. The factory of car chip maker, Renesas Electronics, in Japan was hit first by an earthquake in February and then by a fire in March. Management has indicated that it will take months to get back to the old production capacity.

These developments have further increased dependence on Taiwan, the world’s largest chip manufacturer, which accounts for almost two thirds of the global supply of chips. By far the largest manufacturer in the country, TSMC, controls more than half of the market through its major customers, like Apple. What’s more, other chip manufacturers, such as Intel, are increasingly outsourcing part of their production to TSMC.

That said, danger also lies in wait for Taiwan. The fact is that producing chips requires a lot of water, up to 38 litres per microchip, which among things is used for cleaning the various layers of the chip. Seasonal typhoons bring Taiwan much of its water reserves, which chip manufacturers also use. But a lack of storms last year has put pressure on water supplies. This is a structural problem. Due to rising temperatures, the number of typhoons that hit Taiwan each year (important for replenishing reservoirs) has fallen since 2010 from an average of three/four to two and a half a year.

Most of the island’s chip factories are located in arid areas. About 80% of TSMC’s production facilities are located in regions where water is scarce. Despite this, disruptions in water supply have been limited because the government has exempted the sector from water rationing. Yet exemption in one sector means a deficit for other sectors as well as the community, leading to unrest and resistance. At the same time, companies are sensing a growing uncertainty regarding the water supply.

In times of scarcity, the allocation of water has become a contentious issue in Taiwan. This applies in particular to the agricultural sector, which has been most affected by government measures to reduce water consumption. Although the Taiwanese government has given subsidies to farmers without water this year, many are concerned that a prolonged shortage will make their land barren. This is putting increasing pressure on the industry to implement water-saving measures.

Consequently, Micron Technology, an American chipmaker with production facilities in Taiwan, has already announced that securing alternative water sources and accelerating water conservation measures will push up production costs. In addition, TSMC says it is studying how to extract groundwater, and in the meantime extra water is being brought in by trucks. 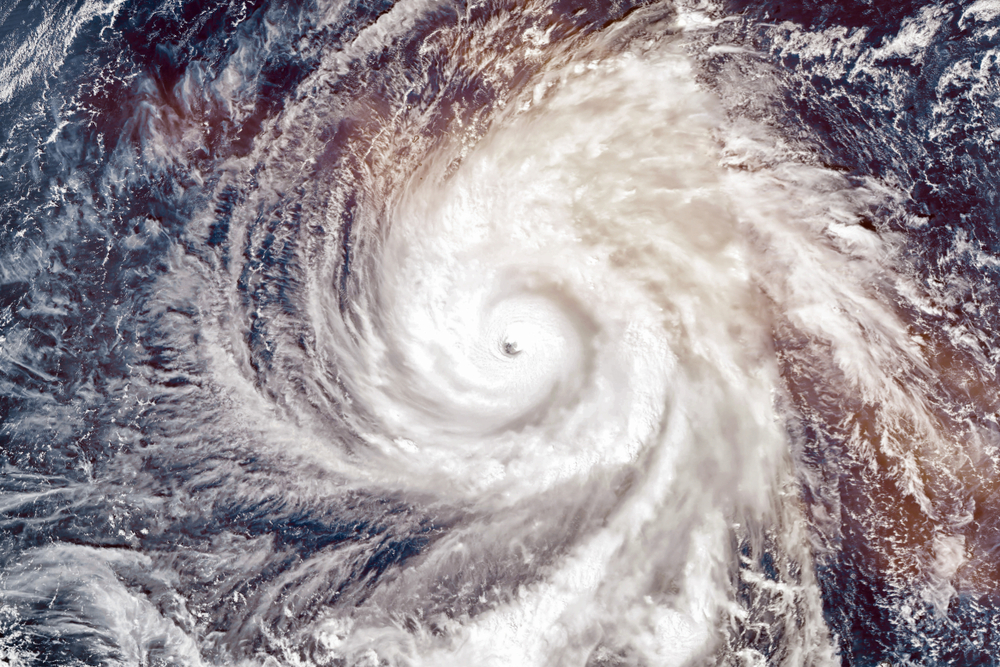 The extreme drought is apparently also set to restrict water consumption in key production centres from 1 June onwards, forcing chip manufacturers to reduce water consumption by 17%. The manufacturers were saved by the bell, however, given the heavy rainfall during the first weekend of June, which heralds the start of what Taiwan calls the ‘plum rain’ season.

Having said that, climate change will see the problems recurring, most likely with a less fortunate outcome. It is therefore up to chip manufacturers to find solutions. Given this uncertainty concerning its water supply, TSMC’s aim is to reduce its water consumption per unit by 30% by 2030 compared to 2010.

The problem, however, is that as production increases, absolute water consumption remains high, despite more efficient use of water. Consequently, the risks of disruption to the production process in times of drought remain high too. Reusing water is therefore an important additional measure. However, only a small amount of the wastewater is actually usable. For this reason, TSMC has started to develop its own water purification plant so that it is able to reuse its wastewater, which in the long run may help to relieve the pressure on external water sources.

Although Chinese chip manufacturers are investing in increasing their capacity and the US wants to set up its own factories, it will be years before they can really contribute to tackling the shortage. Both China and the US will also have to take their water supply into account. Investors should therefore anticipate how manufacturers are going to prevent disruptions to the production process as a result of climate change. As long as dependence on external water sources continues, the chip shortage will persist, at least until 2023 according to experts. And what does that mean for the high-tech companies that are so dependent on the supply of chips?