The aim of the European Green Deal is to reduce the European Union’s carbon emissions by 55 percent in 2030, compared to 1990. The EU Emissions Trading System (ETS) is the EU’s main instrument for helping reduce greenhouse gas emissions in an efficient way. This system covers supply and demand for emission allowances, resulting in a carbon price. It is up to companies to consider which is the most cost-effective: buying allowances or reducing their carbon emissions.

In the early days of the ETS, the price ranged from €20 to €30 per tonne of carbon. In 2008, the financial crisis and the assignment of free carbon emission allowances created a surplus of emission allowances. This made the prices drop below €10. The ETS was heavily criticised; it was said that the low price did not provide sufficient motivation for companies to actually reduce their carbon emissions.

This changed drastically in 2018, however. The improved economic climate, but most importantly the removal of a surplus of allowances from the market, caused a turnaround. Due to the increasing demand for emission allowances and the decreased supply, carbon prices have risen to approximately €25 to €30 and may even go as high as €40.

This strengthens the system’s effectiveness, but at the same time critics argue that this disadvantages European companies compared to companies that are not required to pay this carbon price. This may lead to a situation where, due to this carbon price, businesses in certain industries move their manufacturing operations to other countries with less stringent emission restrictions (“carbon leakage”).

The European Commission is therefore currently investigating several options for a carbon levy on imports for non-European manufacturers, which should resolve this competitive disadvantage. 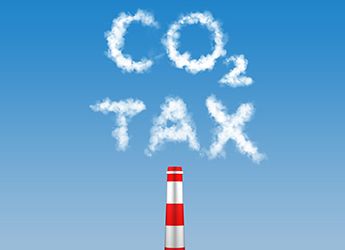 There is some doubt as to whether the current carbon price is actually resulting in carbon leakage and whether a levy on imports is not just economic protectionism. Research conducted by ING, among others, shows that currently the downside for EU companies is not sufficient to actually move manufacturing operations to a location outside Europe. Energy-intensive industries will not really suffer until the carbon price nears €100.

Considering the current price level, a levy on imports therefore seems unnecessary for safeguarding a level playing field. However, an import levy may be a powerful instrument to encourage non-European companies to contribute to mitigating global warming. Although this does not contribute to the EU’s internal reduction target, it is still a positive side effect until such time as other countries start to apply similar carbon prices. In light of Biden’s victory and China’s newly announced climate goals, that time may be upon us sooner than expected.

In order to be effective and make a positive contribution to achieving the EU’s reduction targets, the price of emission allowances ought to rise further, so that investments in carbon-reducing technologies become indispensable to keeping a competitive edge. There is still a lot of uncertainty about how emission allowance prices will develop and how a levy on imports will effectively force companies to reduce their emissions. But what are you seeing industry doing to prepare for these developments? Are companies preparing to reduce their carbon footprint in order to keep or even increase their market shares? How do you account for all these factors in your investment analyses?

I’m curious to hear what you think!

The EU certainly has put an ambitious programme in place. It affects the most carbon-intensive industries, which will have to make the biggest changes. You can see companies looking for ways to at least mitigate the impact of these measures, or to actually use them.

Oil and gas companies are focusing on expanding their stakes in renewable energy, thereby reducing their carbon footprint and keeping themselves relevant in an era when fossil fuel has lost its appeal. The carbon levies are less important for profitability, however, given the fact that fuel prices can be almost completely passed on to the consumer. The direct impact of the carbon levy and the border mechanism will be limited; the shift in consumer demand for renewable energy will play a much bigger role. The focus should be on adjusting the range of products in order to remain relevant in the longer term, for instance by making significant investments in renewable energy.

Aside from the oil and gas sector, cement manufacturers also emit large amounts of carbon, which is simply due to their manufacturing process. They will therefore have to pay more if the carbon prices go up. Given that there is no substitute for cement, the manufacturing process itself will have to change, not the product. You can see that the sector has so far looked to ‘traditional’ methods to reduce emissions, mainly through: (1) thermal and energy efficiency; (2) increasing the share of alternative fuel; and (3) intensifying the use of alternative fuels. In the future, the sector will focus on new technologies, such as capturing, storing and reusing carbon emissions.

The last sector that will have to pay more if carbon prices go up, is the steel industry. ArcelorMittal, for instance, has the highest emission intensity in this sector, but it does invest in two processes to achieve carbon neutrality: (1) Smart Carbon - using several proven technologies with existing furnaces to capture or reduce carbon emissions, and (2) an innovative process, where iron ore pellets and hydrogen are used as reducing agents to manufacture iron. 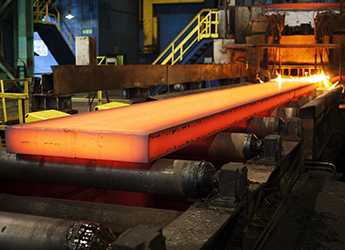 The companies that are most affected by the new measures are thus very much aware of them. It is important for European companies to investigate the extent to which they can make their businesses more sustainable by either adjusting their manufacturing processes or product range. If they do not do this, it may be too late in the day to propose improvements/adjustments to bear the increased burden of the carbon price. Margins will shrink as a result.

Therefore, now is the time to invest and innovate.

Besides, the new import levies create extra dynamism: cost savings by reducing carbon emissions and/or additional income because companies are compensated due to polluting imports.

But whichever way you look at it, increased manufacturing costs will eventually be paid for by the European citizens. Furthermore, exports are in danger due to an increase in the price of European products. This may result in manufacturing capacity being moved outside the EU. This would involve significant investments too, with investors wondering whether it is opportune, considering the increased pressure applied by many governments on the subject of climate change. The European Union will also advocate a carbon price in countries where this does not apply yet, and it will be able to use the import levies to put pressure.

In short: many questions remain to be answered. What is apparent is that sustainability should be a high-priority item for carbon industries. If it is not, investors might want to ask themselves whether they still wish to invest in them.