Two sides of the story: Apple

The corona crisis has been most profitable for Apple. In January, the tech company acquired a market value of USD 3 trillion, the first company ever to do so. Since the start of the corona crisis alone, Apple has gained 200 per cent in value on the stock exchange. Its record value on the stock exchange is due, in part, to the continuing growth of sales of the iPhone, iPad, Mac and the Apple Store.

The stock market value does however have a downside. In 2020, Apple was responsible for the emission of 22.6 billion tonnes of CO2, equivalent more or less to the emissions of countries like Cuba and Angola. In 2020, the company therefore announced its intention to reduce emissions to zero by 2030. It is taking all kinds of steps and introducing innovations to work towards a climate-neutral model.

Given that Apple's own factories and buildings are already running on renewable energy, the key to achieving its reduction goals lies with suppliers and users. Because most of the emissions are generated by the production of its devices, Apple is keen for its major suppliers to switch to renewable energy by 2030.

By doing so, Apple appears to take a leading role in the fight against climate change. The problem, however, Is that the company is responsible for a large part of the world's fastest growing waste stream, i.e. electronic waste (e-waste). It has become increasingly difficult to repair or upgrade Apple's most recent devices. Their lifespan is therefore far shorter than necessary, the result being that the iPhone has become one of the least reparable devices in the world. France has even imposed a colossal fine on Apple for deliberately making older iPhones slower through software updates.

And the iPhone is not the only product that is raising questions. AirPods, the popular wireless ear buds, are also being criticised. Their global environmental impact is huge and they run counter to Apple's intention to fight planetary exhaustion. The lifespan of the earbuds is usually only about 18 months. They cannot be repaired or recycled (because the parts are all glued together) and they contain valuable minerals and flammable substances (which means it is irresponsible to throw them away).

The negative impact of such 'disposable' devices on society and the environment is often invisible, however. The European Environmental Bureau has calculated that up to 75 per cent of smartphone emissions occurs during their production. The fact is that a lot of energy is needed to produce smartphones, whereas they have a short lifespan. In the Netherlands their average lifespan is only two and a half years. 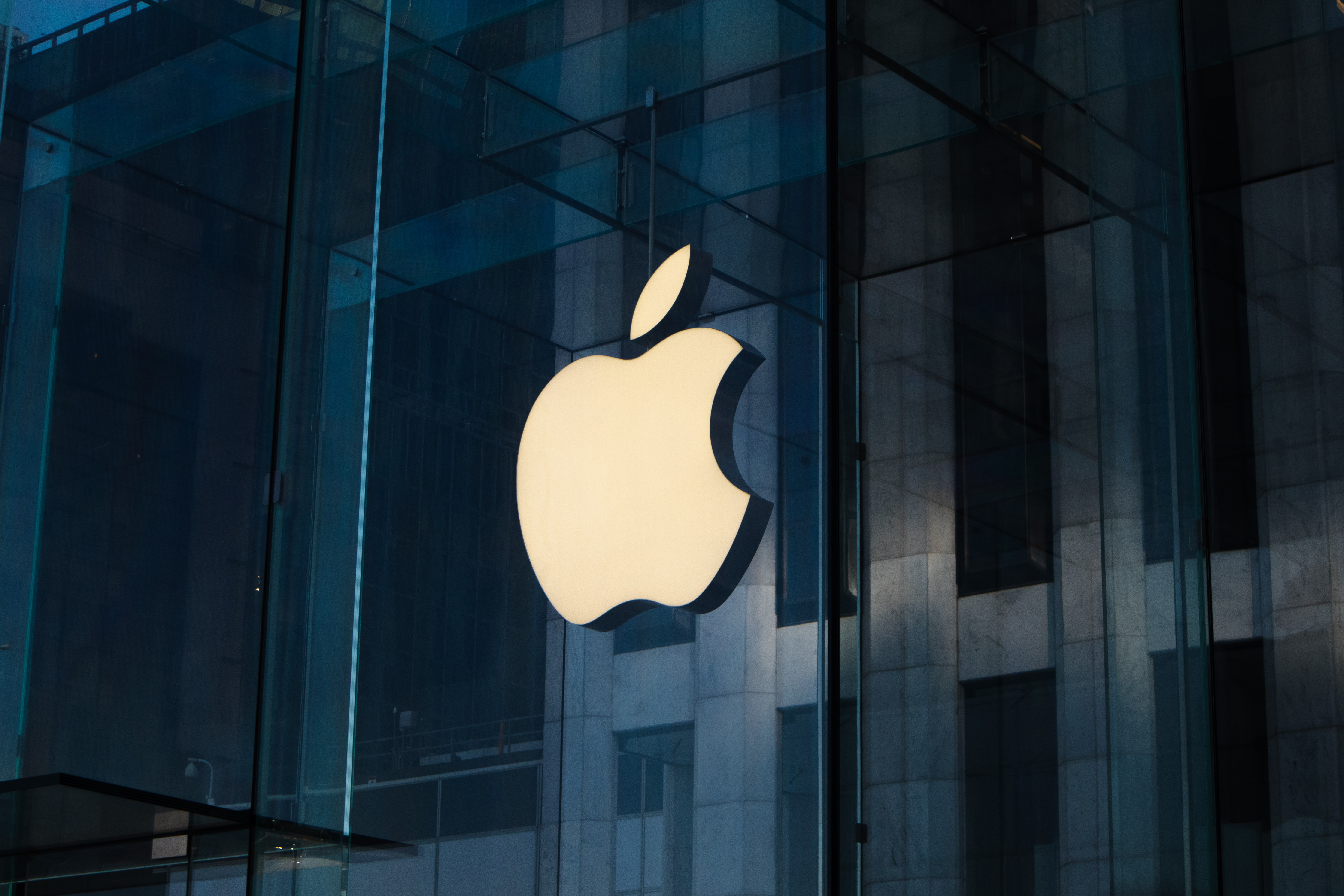 And on top of that,a smartphone contains more than 60 valuable metals, such as gold and cobalt. Every year, the smartphone industry consumes 335 tonnes of gold. As a result, the production of smartphones is one of the main culprits of the deforestation of the Amazon. The process of extracting minerals moreover generates mercury and cyanide waste, which pollutes river systems and drinking water. This kind of industrial activity is a global problem that affects both people and ecosystems.

Even after a productive life, many of the phones end up on landfill sites where toxic metals cause pollution of the groundwater, among other things. It is estimated that fewer than 15% of smartphones are being recycled in developed countries. Some companies, such as the Dutch Fairphone, offer discounts on the purchase of new phones if customers agree to recycle their old ones. The components of the devices are however so tiny and closely integrated that recycling efficiency is barely 30%.

Apple is focusing its efforts on recycling but this only resolves part of the negative impact, which is moreover eliminated by growing sales figures. What would remain of Apple's stock market value if it had to pay for the damage it is causing the earth and society? And should investors take this into account, given that lawmakers are increasingly taking note of this negative impact?

Apple has been a major player in the market ever since the introduction of the iPhone. The revolution in the smartphone market has meant that Apple is now the most valuable company in the world. Which is not surprising, given that the sales of the hardware it produces continue to grow year after year.

And this is the crux of as well as the answer to your questions. Apple is, above all, a hardware company, i.e. It manufactures products. It will have to produce more to generate more sales and thus to keep its shareholders happy. And this is of course part of the reason why its shareholder value continues to increase. Apple's sales have increased from USD 108 billion to USD 365 billion over the past ten years. It sold no fewer than 230 million iPhones in the past year alone.Given that the iPhone accounts for most of its sales, Apple has little incentive to make an effort to make the iPhone easier to repair. Especially since Apple and the iPhone have the most loyal customers (90% of current customers will continue to buy Apple products). The limited repair possibilities are clearly pose no hindrance to consumers. Under pressure from regulators and its customers, Apple has nonetheless been supplying manuals and parts to consumers to enable them to repair their own iPhones.

With regard to the Airpods, too, Apple cannot escape the fact that raw materials are needed to make these products. The company does have some policies on the sustainable procurement of raw materials. Apple currently generates some of its sales from services (which require no raw materials) in the areas of advertising as well as additional insurance policies for Apple products and Apple TV. These sales are, however, minor compared to the sale of physical items. The fact is that Apple generates USD 190 billion of its sales from iPhones and USD 68 billion from services. These services are moreover linked to Apple products and the sale of services therefore depends on the sale of physical items.


Added to that, there has been a huge push to return capital to shareholders over the past years. In the past year alone, the company has spent more than USD 85 billion in re-purchasing its own shares. This is partly due to the fact that Apple has a considerable cash surplus on its balance sheet. In short, Apple has been extremely profitable for shareholders. In the past three years, the return on an Apple share has been over 330%, while the technology stock exchange as a whole (Nasdaq) has "only" added 100% to its value.

It would seem that Apple shareholders pay limited attention to potential regulation to address the externalities caused by the production. If the picture you paint, i.e. Incredibly high fines, were really to come about, Apple's market value would be considerable lower at this point. Once regulations become more specific, it will be easier to estimate the exact negative impact. For now, shareholders are acting solely on the basis of positive news, which is that the company has apparently been working for some time on an Apple car, virtual reality and augmented reality technology. It is also good news for shareholders that Apple continues to buy its own shares. 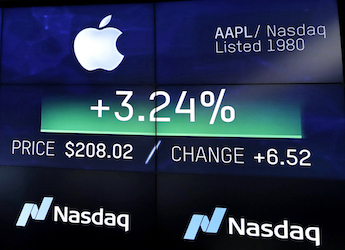 Apple is putting a lot of emphasis on sustainability, however, and regulators will therefore also consider the extent to which the world's most valuable company is tackling this issue. What are the possibilities , and how much regulation they will be able to roll out without the US stock exchange crashing, given that the Apple share accounts for 7% of the US stock exchange value? In other words, if they're heavy-handed in that regard, that will affect the entire market, not just Apple. That is a huge threshold for the US regulator.

At present, as portfolio managers, we can take some of the negative impact into account in assessing Apple. We specifically look at policy, but also at emissions, for example. The standards for the products' externalities in terms of use or raw materials are too limited and therefore difficult to integrate into a value assessment of Apple. Legislation may be a positive incentive to providing more clarity.

For now, Apple is "the" tech company in the United States. Despite the fact that the products are no longer as revolutionary as they used to be when Steve Jobs was at the helm, its shares continue to keep much of the US stock market afloat. And then as to your question about whether things can go any further. The answer to that is yes! Rumours about an Apple car keep growing, which means that Apple could well become a serious rival to Tesla in a few years. And we know what happened to Tesla's share price over the past few years...