Last week has not just been the week of the US elections, but also the week of Ant Group's scheduled IPO for Alipay – set up in 2004 (as part of the Chinese Alibaba Group). It was supposed to have been the largest IPO ever; even larger than the one for Saudi Aramco in December 2019 that drew in over $25 billion. The plan was for investors to subscribe $34.5 billion for Ant Group. This would place the valuation of the entire business at $315 billion, equivalent to the value of JP Morgan. However, the Chinese government threw a spanner in the works.

There was considerable enthusiasm among both private and institutional investors. Ant Group is a business with a lot of potential and , under the leadership of Jack Ma, focuses on a range of financial services: asset management ($173 billion under management), loans ($290 billion of loans issued to consumers), online payments ($17 trillion) and insurances (107 million policy holders).

Just as with Alibaba, Jack Ma has set up Ant Group as a business focussing on the internal Chinese market, and he has done this really well. Investors saw opportunities to get hold of shares relatively inexpensively as part of the IPO listing, which they could then sell on after a few years at a considerable mark-up. This was also clear from the subscriptions by institutional investors: the IPO was 284 times over-subscribed (i.e. the demand was a lot more than the supply).
The scheduled IPO on 5 November was prevented by the Chinese government. The reason given was changes to regulations on financial technology, which might have led to the business no longer complying with the conditions for the issue of shares or for a listing on the Chinese stock exchange. The background was a proposed bill on micro-financing that was presented on the Monday of the week of the IPO. Whether this is the real reason, is doubtful. The timing of this proposed bill in the same week as the IPO was highly coincidental. 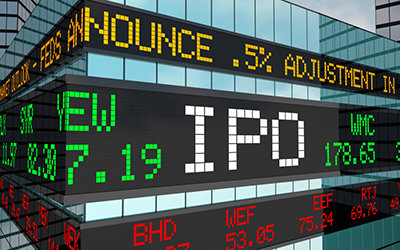 It had surely nothing to do with the fact that Ma expressed criticism in October about the major state banks stating they were persisting in their 'pawnshop mentality' (letting consumers take out excessive loans using their house as security) and that there was not enough innovation.

It remains to be seen whether the IPO will still go ahead. But the consequences could be major. More than 20% of the Hong Kong population had registered for the IPO. In many cases via their brokers, using margin loans at hefty interest rates. Now that the IPO is not going ahead, they're still going to have to pay up the interest, but they'll never receive the shares. If you then consider that no less than $3 trillions' worth of registrations were made by private investors, that translates into a whole swathe of victims. It has since been announced that Ant Group will recompensate these investors for the costs incurred. For the institutional investors, the Chinese government's blockage of the IPO may turn out to be a blessing in disguise. It's not costing them anything, which it would have done if the Chinese government had waited till after the IPO to sharpen the rules and create problems for Ant Group.

Things will remain tense over the coming days and weeks: is it really a question of compliance with these (technical) rules or is it an ego issue for the Chinese government that has derailed the IPO?

Ant Group has expanded rapidly to become the largest digital payment provider in China. This market dominance has caused some knotted eyebrows at the Chinese central bank. The bank has asked the Chinese competition authority to investigate Ant Group for alleged anti-competitive behaviour and this may be a reason behind the postponed stock exchange listing.

Ant Group is one of the Chinese private companies that gained a licence to develop a commercial credit-rating system. The system is built around an algorithm that follows consumer behaviour, specifically by collecting a vast amount of individual transaction data. Of course, Ant Group is not alone in this development, on which banks around the world are hard at work. But what makes the situation different here is that at least some of this data is also accessible to the Chinese government.

Controversies around privacy and government supervision are nothing new in China, of course. Tech companies have long been involved in the ongoing supervision of citizens, including the Uyghurs (an Islamic minority group) in Xinjiang. A number of stakeholders, including the media and NGOs, have sounded the alarm about the rise in digital supervision. This is because the government is – apparently – not just keeping an eye on consumer behaviour, but also on other aspects of life such as whether people are involved in social media or dating sites.

Ant Group argues that the exchange of data with the government is all based on user consent and that not all data is disclosed. The poor record of the Chinese government in areas such as human rights and the lack of any policy on human rights and due diligence measures by Ant Group is very worrying. This is what, among others, the ISS advisory firm stated in a recent publication. The firm compared Ant Group against 171 other businesses in the IT and software sector worldwide. The company also has a poorer score on privacy than its industry competitors worldwide, although its score is a bit better than its domestic Chinese peers. 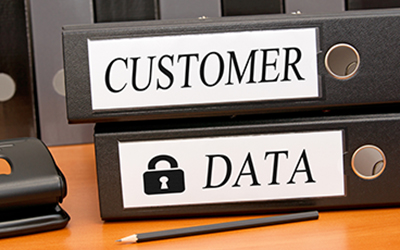 As well as preventing human rights violations through any abuse of customer data, the company also has a major responsibility in keeping this data secure, as Ant Group services over 1 billion consumers.

Any lack of adequate cyber security measures for protecting user data can lead to fines being imposed by regulators, as well as giving rise to other vital risks. Data breaches can have an impact on a firm's activities and reputation, with direct financial ramifications in the form of fines but also in the loss of consumer confidence.

Fintech businesses are increasingly playing a part in offering financial services via innovative technology. For investors, this means that they have to look at different emphases in relation to ESG criteria. While the blocking of the stock exchange listing seems to have been due primarily to a conflict of interests, businesses like this and Ant Group in particular will increasingly come under the spotlight as regards the protection of customer data. Investors will therefore have to consider carefully whether it is ethically responsible to invest in a business that is so closely connected with potential human rights violations. Investors will also have to ask themselves whether the attractive prospects for growth outweigh the fact that there is so little transparency about how the risks are covered.