Two sides of the story: the aviation industry

As in the case of all other sustainable methods of generating energy, the use of biomass has increased enormously. In 2000, the installed capacity was 36 gigawatts. According to the latest statistics, it had risen to 126 gigawatts by 2018 (source: BloombergNEF). And to think that -based on conservative estimates about the loss of power and efficiency of generation- 1 gigawatts could supply about 300,000 or more households with electricity. Quite a considerable number. The increase from 36 to 126 gigawatts is obviously appreciable, but it pales by comparison with solar and wind energy, for example. Solar energy capacity increased from 2 gigawatts in 2000 to 532 in 2018; as for wind, the increase was 16 in 2000 to 577 in 2018. In addition, capacity for generating electricity using fossil fuels doubled over the same period. This was partly due to economic growth in which electricity plays a key role.

Until now, biomass has represented only a small portion of the energy mix. Although it has risen from 1.17% to 1.89%, it is virtually negligible compared to the growth of other sustainable sources of electricity. The share of solar energy, for example, increased from zero to almost 8% of the entire mix. So, to make a long story short: from my point of view as a portfolio manager, there have been more attractive investments in sustainable energy production than biomass over the last two decades. To my knowledge, these alternatives cause fewer controversies about the inevitable CO2 emissions. 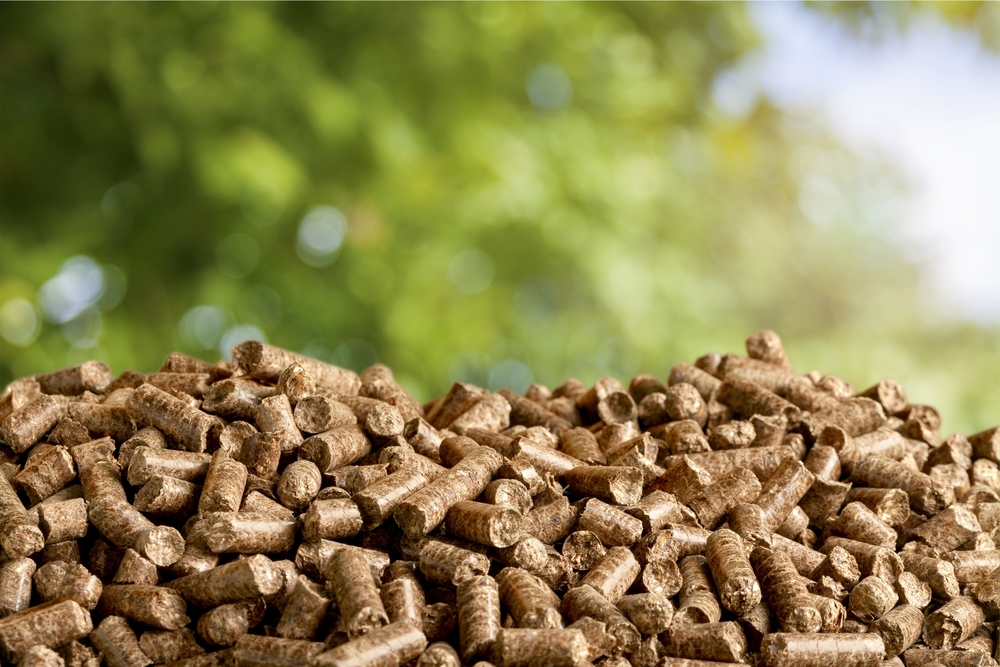 In addition, one can infer from the installed biomass capacity that the relevant market, including shares that enable direct investments in biomass, is quite limited. There is one listed share that provides direct exposure to biomass, and that is in Enviva LP, a company listed in the United States that makes wood pellets for large-scale generation of electricity. This share has performed significantly better than the market as a whole in recent years (27.5% versus 16.26% over the past two years). But it’s impossible to say whether biomass is a good investment based on this one sample.

What is happening though in the market, , is that biomass is being seen as complementary to solar and wind energy. Apart from Enviva, bigger utilities companies will be looking at how biomass can serve as a kind of back-up for when there’s no sun or wind but still a need for electricity. The EU is also making an assessment for the EU Taxonomy, a framework for classifying the sustainability of economic activities, and examining whether to consider investments in biomass as sustainable. Businesses now at the frontline of sustainable energy production that also use biomass also have an interest in getting biomass classified as sustainable. A company such as Orsted, which is seen as a true frontrunner among sustainable utilities companies, is therefore quite open about the fact that it is talking to the EU about including biomass in the EU Taxonomy.

Biomass has represented a limited share of growth in the electricity mix in recent decades. However, if the EU Taxonomy classifies it as sustainable and the government encourages its use, then it could become an interesting investment. But, as far as I’m concerned, this would be as a back-up to solar and wind energy.

Urgenda, one of the most powerful environmental organisations in the Netherlands, recently discounted biomass as a sustainable energy source. According to Urgenda’s director Minnesma, subsidising wood-burning biomass plants is “a mistake” and it would be better for the Netherlands to continue using natural gas. Biomass is, however, one of the foremost pillars of this country’s climate policy. Will these subsidies (€11.4 billion from the government alone) and investments soon be seen as wasted money?

Our economy cannot depend entirely on sun and wind energy. The amount of sun and wind available is not sufficient on a continuous basis and we still have no way of storing large quantities of energy. We therefore need to be able to rely on other sources of energy as well.

Biomass is viewed as a sustainable alternative to fossil fuels within the European Union. Energy is generated by burning biomass in biomass plants. The resulting CO2 emissions are absorbed by planting new trees, for example. It is for this reason that biomass has been so widely seized upon, and it now represents at least 60% of all the sustainable energy produced in the Netherlands (2019).

However, there have recently been increasing objections to biomass. The fact is that all the CO2 stored in an organic matter over a period of dozens of years is released in one go. This CO2 will continue to exacerbate climate change until newly planted trees are fully grown. According to research commissioned by the Ministry of Infrastructure and Water Management, biomass plants emit more CO2 than coal-fired power stations. Biomass plants that have been converted from coal-fired power stations emit 5% more CO2.

There is also discussion about the use of the land required to cultivate biomass, given that it cannot be used to grow food. This is why organisations such as Urgenda advocate doing away with biomass altogether.

The debate about the use of biomass often ignores an important factor. The fact is that biomass can indeed help to achieve the climate targets if a number of conditions are met. For example, preferably only waste wood or other materials that would simply rot away naturally should be used. In addition, the impact on biodiversity as well as emissions produced while transporting biomass should be minimised.

It is already the case that power plants in the Netherlands may only burn biomass if the CO2 emissions produced are at least 70% lower than in the case of burning fossil fuels. The Social and Economic Council of the Netherlands (SER) is also drawing up additional requirements for the use of biomass. These will be important to determine whether there is sufficient biomass available that meets the requirements, to increase the share of biomass in the total energy production and thus achieve the climate goals. The PBL Netherlands Environmental Assessment Agency has already worked out that the global availability of biomass could be scarce after 2030, thus eroding the world’s climate ambitions.

In light of the increasing demand and limited supply, sustainable biomass would appear on the face of it to be an attractive investment. But is this actually the case? As an investor, what is your take on the use of biomass as a sustainable energy source?